"The Reason" available Dec. 15 from Universal Pictures & PureFlix back to all articles 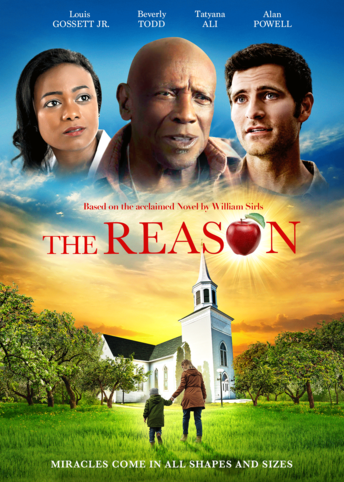 IMDB synopsis:
When a mysterious man appears in a small town, unexplained miracles start to occur, changing the lives of everyone he meets. There's a mother whose five-year-old boy has leukemia, two doctors – one an atheist haunted by his past, the other a brilliant young oncologist who places all her hope in the power of modern medicine – and a blind pastor whose son hasn't spoken a single word in 38 years. All of them will be brought together by the presence of this stranger, who teaches them the true meaning of faith and hope.

“Centered around a blind minister (Gossett Jr.), a single mother (Antonio), and a mysteriously divine figure (Powell), the noteworthy structure of The Reason finds its beauty in the fact that there’s a little bit of something for everyone, ranging from the firm believer to the disillusioned skeptic, and that portion in most of us that often struggles somewhere in between: a key aspect in capturing the realities of the audience.” – The Source